Ijapa and the Medicine Soup 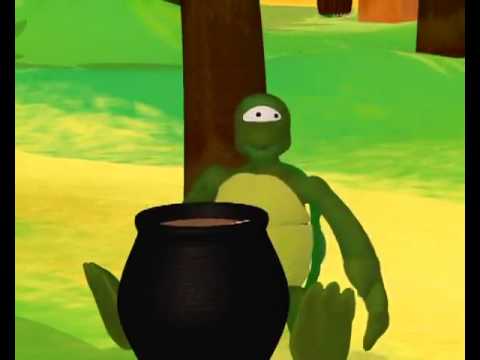 Ijapa the tortoise and his wife Yorinbo have been married for a long time but do not have a child. This made Yorinbo very sad. He decided to seek help from a medicine man. The medicine man prepared a powerful potion that would make Yonribo pregnant. He mixed it into a delicious smelling beef stew and handed it to Ijapa the tortoise to give to his wife. The tortoise carried the pot and set off for home.

Very soon, the beef stew aroma became overpowering and the tortoise thought he should take a peek into the pot. Inside were very large juicy chunks of meat and Ijapa thought, “Surely Yorinbo cannot finish these by herself. She has a small appetite, I will have to help her out”. So he helped her to eat one big juicy chunk of meat. Then two, and three. The beef stew was really delicious. Ijapa thought surely, the medicine man was in the wrong profession. And then four. Soon, he was no longer counting, until he noticed that there was only one piece left.

The tortoise was shocked at what he had done. He had eaten Yorinbo’s potion. But not one to dwell too long on his mistakes, he shrugged it off. Afterall, if the medicine man was as powerful as they say, the remaining one piece of chunky juicy meat should be enough to make Yorinbo pregnant. So he covered the pot and continued on his way.

His stomach continued to grow and ache and after several days of pure agony, Ijapa died.